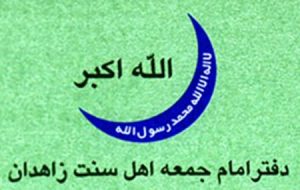 Following the arrest of a person who had insulted the sanctities of Sunnis and Zahedan’s Grand Makki Mosque in cyberspace, the office of Shaikh Abdol-Hamid praised the provincial officials of Sistan-Baluchistan for their efforts and loyalty in this regard.

According to the statement of Shaikh Abdol-Hamid’s office, he thanked the awakened people of Iran for expressing their feelings over the matter.

The statement says: “Following the insult of a suspicious person in Mashhad to the Sunni community, which caused a great concern to the Iranian people and Muslims in the region, the blasphemer was arrested. The cleverness and loyalty of the provincial officials in this regard deserve appreciation and gratitude.”

“The pure feelings of the awakened, unity-seekers and vigilant people, including Shiites and Sunnis, who expressed their disgust with the blasphemer in various ways, are also appreciated. We hope that the dear people will remain calm,” the statement added.

The office of Shaikh Abdol-Hamid showed the hope that the judicial officials will provide necessary information to the public about the case and the results of the detention.

It is notable that a man living in Mashhad has insulted Sunni holy sites and the Grand Makki mosque of Zahedan in his Twitter account a day before Eid al-Fitr. He was arrested four days later as the police chief of Sistan-Baluchistan province announced.