A Man with Three Different Qualities 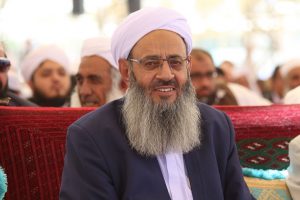 Qualities of Mawlana Abdol-Hamid have made him popular on the national level. He is a grand Sunni scholar in Iran. He enjoys fame and reputation among the common people as well as official sides. President of Darululoom Zahedan resolves regional crises, political issues, long differences and big disputes in society. He is a good choice for resolving regional issues and disputes.
I would like to mention here three remarkable qualities of Mawlana Abdol-Hamid as I know.

By: Amanullah Tamandehro (PhD in sociology)

Summarized and rewritten by: SunniOnline English