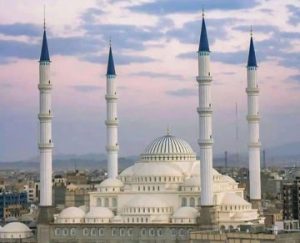 In reaction to the false allegations of the state-run newspaper of Daily Iran against Shaikh Abdol-Hamid’s criticism on the current situation in the country, the office of the Friday prayer leader of Sunnis in Zahedan responded to the allegations.

The text of the statement of Shaikh Abdol-Hamid’s office is as follows:
Daily Iran, the dependent newspaper of the president Raisi published baseless claims against Mawlana Abdol-Hamid, the president of Darululoom Zahedan and the most influential Iranian Sunni leader. This newspaper has previously published similar baseless stories. In this regard, the office of the Friday prayer leader of Sunnis in Zahedan reminds the main important points.

It appears that the staff of Daily Iran has ignored or forgotten the biter Bloody Friday incident of Zahedan that was unprecedented in its level. Dozens of worshipers including women and children were martyred and more than 300 were injured, paralyzed, and disabled by the military and security forces. It was expected that the country’s top officials would condemn the crime, the perpetrators behind the scenes would be punished, the human and financial damages would be compensated and justice would be fully implemented, but unfortunately, this did not happen, the authorities ignored the incident and did not condemn the crime.

The worshipers were brutally attacked while they just attended the ceremony of the Friday prayers and had not committed any crime, unless some young and teenagers had peaceful slogans.

Maybe the authorities have forgotten these bloods, but they should know that the feelings of the bereaved people are deeply hurt, and they have been mourning. People do not believe that the murderers were Iranians, because if they were Iranians, they had shown some mercy to their people. While an Iranian citizen was sentenced to death for the charge of Moharabah\warrior within a few days because of blocking a street, the murderers of dozens of Iranian citizens are free.
People see everything and analyze such unfair dealings. Demonstration is the only way they can raise their voices to the authorities.

2. It should be said that the incident was so terrible and shocked that some people inside and outside the country were about to take revenge by weapons, but Shaikh Abdol-Hamid prevented from a great bloodshed in the region by emphasizing on maintaining the security. He wanted the issue to be resolved through peaceful means. The authorities know well the condition of the region, so they should try the murderers justly to put an end to the issue.

3. If the officials want to identify real provocations, they should know well that those who have created the Bloody Friday incident, they have provoked the people not Shaikh Abdol-Hamid who calmed down the people and called on the officials to implement justice. When the designers behind the scenes and the killers who targeted the worshipers with live bullets were not punished, this stimulated the people and provoked their anger.

4. The newspaper has considered Shaikh Abdol-Hamid’s words as divisive and against the national unity and security, without any proof. Which remarks of Mawlana Abdol-Hamid were against the national unity and security? He has been trying to be the voice of the people regardless of their creed, sect, or orientation. Do you consider his call for implementation of justice and his compassion with people in line with divisions? Be fair and do not judge such bad!

5. Shaikh Abdol-Hamid does not believe in violence from both sides of sovereignty and people. He considers the negotiation as the best way to resolve the problems and to get rid of divisions. He emphasizes the officials to tolerate the people who are the real benefactors.

Finally, we advise such well-informed and curious journalists to reflect the realities, consider the services of Shaikh Abdol-Hamid to the country, and write down about the deprived and oppressed people of Balochistan; write fairly and do not attack the oppressed people, but invite all including the government officials on impartiality and justice.