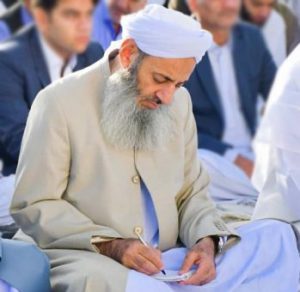 The most influential Iranian Sunni leader strongly condemned the “Friday bloody crime” in the city of Khash in Iranian Baluchistan. While expressing his deepest concerns over the martyrdom and the injuries of dozens of many young people in this brutal attack, Shaikh Abdol-Hamid stated that the dealing with protesters in Sistan-Balochistan province was different from other parts of Iran.

He believed that such treatment shows the discriminatory and cruel behavior of those in charge against the people of this province.

The text of the statement of Shaikh Abdol-Hamid is as follows:
“Unfortunately, another crime took place in Balochistan on Friday, November 4, 2022, in the city of Khash. In this unfortunate incident, protesters were killed unjustly.

According to local reports, this incident has left at least 16 martyrs and dozens injured. [The number of martyrs increased to 18 later.]

A number of teenagers and young people gathered in front of the building of governor of Khash city. They chanted slogans, started throwing stones, and were directly targeted by war bullets. Is the answer to slogans and stone, the war of bullets?