Shaikh Abdol-Hamid in a letter to the Supreme Leader: 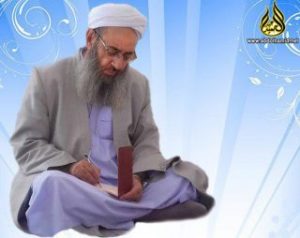 Following the deposing of Shaikh Mohammad Hussein Gorgij, the Friday prayer leader of Azadshahr and the president of Farooqiyah seminary of Galikesh, the most influential Iranian Sunni leader sent a letter to the Supreme Leader calling him for wise and urgent measures to solve the issue in order to end the frustrations and disappointments among Sunnis.

“Mawlana Mohammad Hussein Gorgij is an expert scholar in Tafsir of the Holy Qur’an and a scientific figure of the Sunni Community of Iran who has gained enough fame and popularity among people,” said the Friday prayer leader of Sunnis in Zahedan.

Shaikh Abdol-Hamid stressed that Mawlana Gorgij have supported the country in the most difficult circumstances that requires not to put such pressures on him.

President of Darululoom Zahedan continued: “In his controversial remarks, he did not intend to offend. His deposing cannot be justified and accepted. Such a deal with Mawlana Gorgij has created frustration among Sunnis and has irreparable consequences for the unity of Muslims. His efforts for the Iranian nation have been ignored.”

Shaikh Abdol-Hamid said: “Iranian Sunnis had endured discriminations and blasphemous behaviors repeatedly and their rights have been violated, but they endured such treatments to maintain unity and fraternity.”

At the end of his statement, the prominent Sunni leader of Iran called on the Supreme Leader to resolve the issue with urgent and wise measures to save the country from divisions and disputes, so that Sunnis would not be disappointed and fraternity would not be broken.