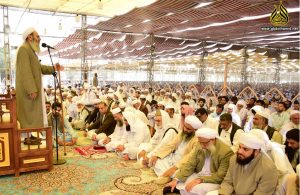 The Friday imam of Sunnis in Zahedan cited the 59th verse of the Qur’anic chapter Maryam saying that showing laziness in offering prayers and imitation of the lust and desires were the main factors and causes behind the failure of the previous nations. He urged on establishing prayers and reformation of the society.

Talking to tens of thousands worshipers in Zahedan on April 23, 2021, Shaikh Abdol-Hamid said: “The Noble Qur’an as the last divine book and evidence of Islam’s authentication has clearly shed light on the reasons behind the previous nations’ failure.”

“Allah has said in the chapter Maryam that people who came of the prophets had faced two major challenges; first, they showed laziness about the prayers and secondly, they followed their lust,” he added more.

President of Darululoom Zahedan said: “Unfortunately, many of Muslims do not offer prayers. When a Muslim does not offer prayers, how can s/he claim to be a Muslim and Muhammadian? Just beliefs are not enough to get rid of the Fire and divine punishment; rather it is necessary to carry out good deeds, too. Allah Almighty urged on the necessity of both, faith and good deeds in many places in the Qur’an.”

“The second biggest challenge that the nations faced is imitation of lust. Many follow their egos and commit crimes like drinking wine, adultery, usury, accusation, magic, murder and other fatal sins. These misdeeds perish human beings sending them to the Hell,” Shaikh-ul-Islam Mawlana Abdol-Hamid said.

He further said that killing relatives of any alleged murderer, looting assets of orphans and portion of women from heritage and trafficking drugs and narcotics were among the acts of imitation of lust.

The most influential Iranian Sunni leader urged on the importance of justice and said: “Justice is one of the important pivots of Islam which is abandoned by Muslims. However the main addressees of the divine order for justice are rulers, but Allah has ordered us, too. We should implement justice on ourselves as well as others.”

“Protect yourself from disasters and diseases, avoid suicide and do not pressure on yourself in worships. Learn the Qur’an and act upon it; without the Qur’an guidance cannot encompass societies,” he added.

Shaikh emphasized on establishing prayers and said: “Muslims should establish prayers; without offering prayers the society cannot be reformed and pests like Covid-19 cannot be removed.”

He termed “leaving the Qur’an and Sunnah” the main problem of the Muslim world and said: “Offer prayers always and call on others to do so. The members of Tablighi Jama’at, scholars and faithful young should call every Muslims towards offering prayers. We all should stop sins and uproot misdeeds from our cities and towns.”