Shaikh Ab. Hamid’s Message of Condolence over Passing of a Baloch Tribal Elder 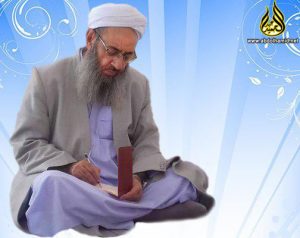 Following the death of Hamidullah Sardarzehi, one of the most influential, trustable and famous Baloch leaders in Iranian and Pakistani Baluchistan, Shaikh Abdol-Hamid offered his condolences to his family and entire Baloch community.

In his message, Shaikh Abdol-Hamid said: “The news of the death of Sardar Hamidullah Sardarzehi, an influential figure in the region, caused me a great and deep regret”.

President of Darululoom Zahedan continued: “Hamidullah Sardarzehi was an influential, thoughtful, educated and compassionate leader. He was a reformist who had a great influence and popularity among the various Baloch tribes inside and outside of the country. His death is a big loss in the region”.

Shaikh Abdol-Hamid concluded his points by saying: “I offer my condolences to his family, relatives and to all people for this loss. I ask forgiveness and exaltation for the late and reward and patience from the Almighty for the survivors.”