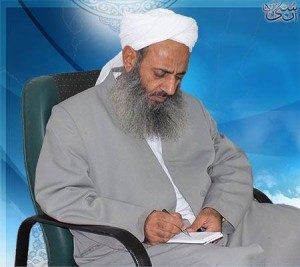 The office of Shaikh Abdol-Hamid, rector of Darululoom Zahedan and Khateeb of Sunnis, announced that he had expressed his condolences to the Kind Salman bin Abdol-Aziz, the royal family and the entire nation of Saudi Arabia.

Mawlana Abdol-Hamid Isma’eelzahi has prayed for forgiveness of the late Saudi king.

In a part of his letter the new Saudi king has been addressed, “You have got the power in Saudi Arabia in a critical time while Muslim world suffers from different disputes.”

Shaikh-ul-Islam Mawlana Abdol-Hamid expressed his hope to see the ‘key role of King Salman in unification of Muslim Ummah’ soon.